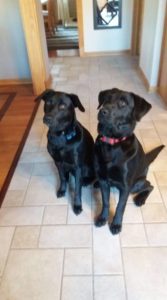 It is natural for brothers and sisters to fight. Not only are they different sexes, but they are usually different ages and one can best the other physically. Or they may be jealous because one gets more attention from Mom and Dad.

Remember that dogs are pack animals with behaviors and a social hierarchy very similar to their wolf cousins.

The Reasons
You have probably noticed that one of your dogs is more assertive than the others. That’s because he has established himself as the “pack leader”. The other more submissive one is probably the follower. This is how dogs naturally organize themselves – there’s a lead dog and one or more followers who maintain a less dominant presence in the group.

You have probably noticed that the dogs don’t fight as much when you’re not home. This is because the leader of the two dogs feels that his higher position is being diminished because the subordinate has an alliance with the owner.

Territory, personality, and resources impact whether or not rivalry conflict develops. The most important territory for a pet is YOU (the owner).

Let’s say you dogs are relaxing comfortably on your patio and then you come out with a glass of water. Your more passive dog may approach you first, but he/she is quickly pushed aside by the more dominant one. This is how pack protocol works – you should acknowledge the dominant one first. Then a fight breaks out. Your first instinct will be to admonish the dominant dog and try and protect the more submissive one to even the score. After all, they need to learn to get along! Unknowingly, you have disrupted the pack mentality by elevating your passive pup to a higher status than the pack leader.

If two dogs have complimentary personalities, it makes the rivalry much easier. The confident in-charge pet does not feel threatened by a more laid back dog. That’s why it’s important of you are adding another dog to introduce them properly.

And the most important tip of all: make them feel loved and cared for individually so they do not want to compete with each other for your attention.

Forcing your dogs to be fair, or treating them unequally potentially can make competition worse. Follow the natural pecking order and identify which one is dominant. Often the more dominant dog is the oldest, has been in the house longest or is the healthiest.

If your dog fights don’t stop, call in the help of a professional trainer. Derek and Lisette – both Bark Busters Las Vegas dog trainers – can help put an end to sibling rivalry.

⟵ Back to Blog 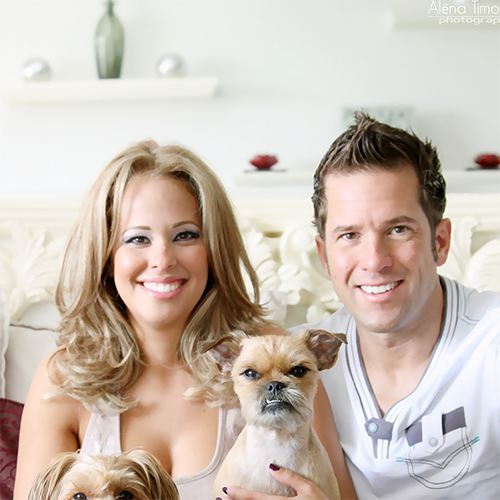